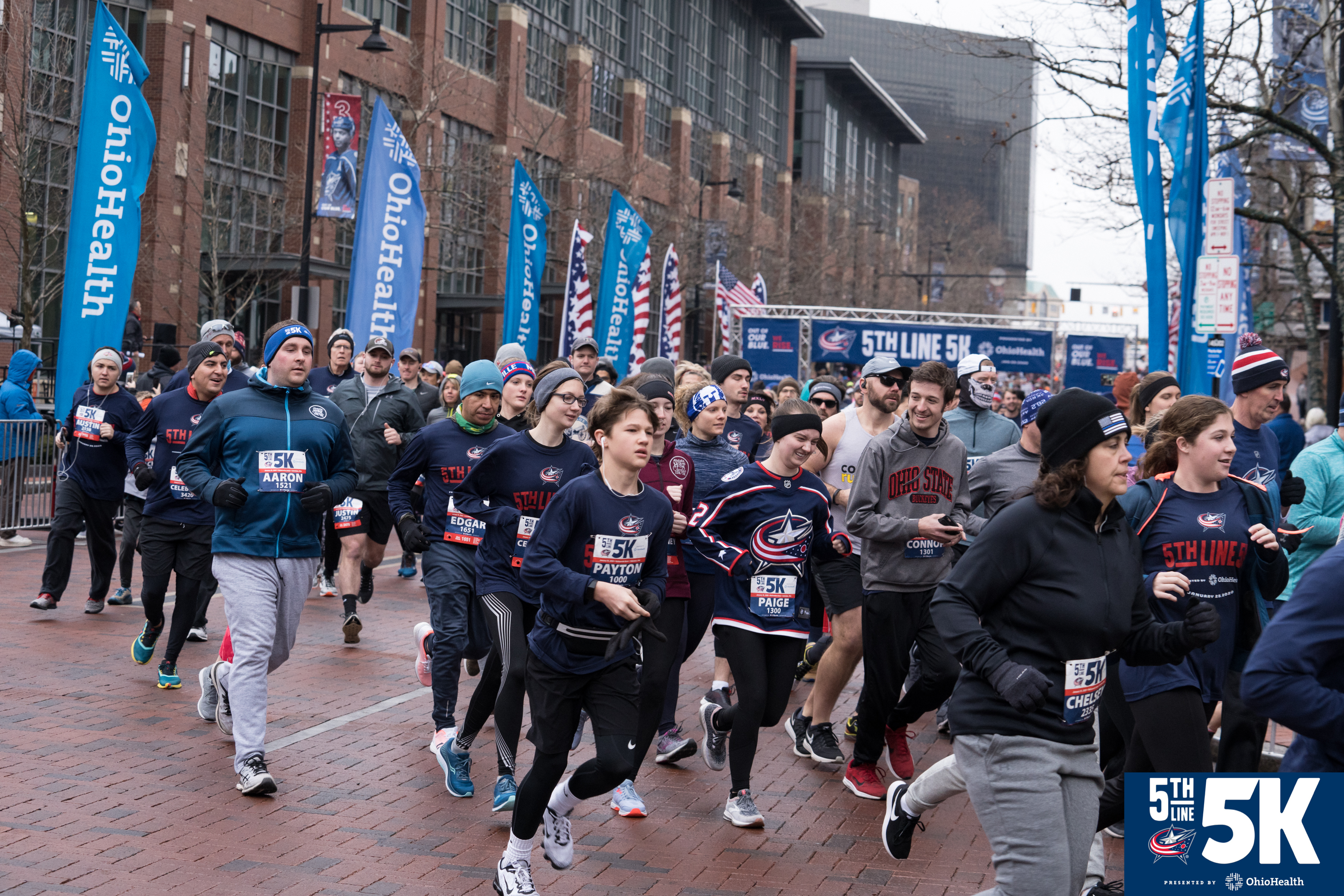 A sold-out field of 3,600 runners and walkers started outside Nationwide Arena and then "finished on center ice" inside Nationwide Arena, home of the NHL's Columbus Blue Jackets. The 5th Line is the first and only running event in the nation to finish at center ice of a National Hockey League arena.

Zach Kreft, a Notre Dame cross country runner who won two state championships at Buckeye Valley, was the overall winner in 14:26. Melinda Endsley of Delaware was the top female in 18:26.

The 5th Line 5K Presented by OhioHealth is produced by M3S Sports in partnership with the Columbus Blue Jackets. Sponsors include OhioHealth, Planet Fitness and VIVE Hard Seltzer.

Up next for M3S Sports is the OhioHealth Capital City Half & Quarter Marathon on Saturday, April 25 in downtown Columbus.